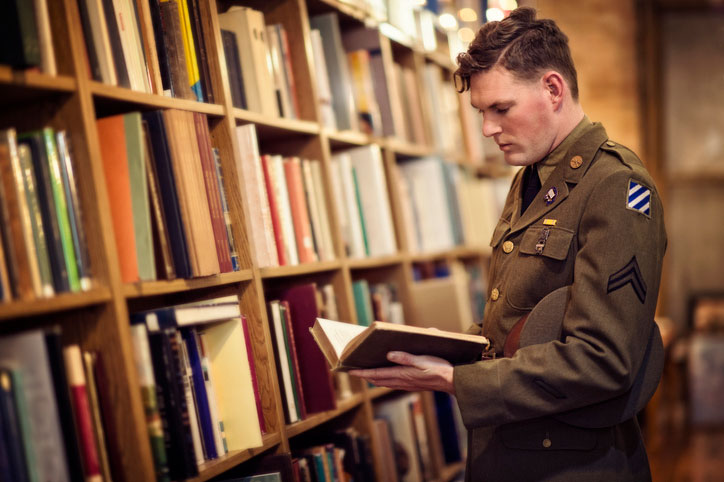 “Never again do we want to see the honor and glory of our nation fade to the extent that her men of arms, with despondent heart and palsied limb, totter from door to door, bowing their souls to the frozen bosom of reluctant charity.”

Southern New Hampshire University
Featured Program: SNHU has been helping military service members reach their goals for nearly 80 years—from those coming home from WWII, to those still serving around the globe. See all the ways we can help you maximize your benefits, save time, and save money on the path to your next transition.
Request Info
~ American Legion Past National Commander Harry Colmery, referring to the importance of the GI Bill® as he helped draft it in 1943-1944

The GI Bill® has a long history of providing servicemembers and veterans with educational benefits. If you’ve been wondering when the original GI Bill® was passed, you may be surprised to know that it was passed near the end of World War II in 1944 – nearly 80 years ago!

The story of the GI Bill® is a long and interesting one, and new versions of the GI Bill® have brought new opportunities to our nation’s service members and veterans. Today, two GI Bill® programs continue to provide outstanding educational benefits.

Famous Recipients of the GI Bill® recipients include everyone from former presidents and executive cabinet members including George H.W. Bush, Gerald Ford, and Al Gore, to iconic celebrities Paul Newman and Clint Eastwood.

Keep reading to learn more about when different iterations of the GI Bill® were passed, the story behind the GI Bill®, and the many educational benefits it continues to provide for our nation’s finest. 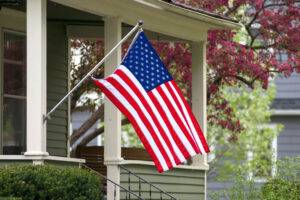 The Servicemen’s Readjustment Act of 1944 —aka the GI Bill® — was passed to help returning WWII veterans readjust back to civilian life. Through this Act, veterans had access to low-interest mortgages and small business loans, stipends that covered tuition and expenses related to post-secondary education, and unemployment compensation.

The passage of this landmark Act wasn’t entirely unexpected, though.

On June 22, 1944, U.S. President Franklin D. Roosevelt signed the Servicemen’s Readjustment Act (given the nickname GI Bill® because it provided for returning members of the armed services – known as GIs, which stood for “government issue” or “general issue”) into law.

Part of FDR’s famed New Deal reforms, the GI Bill® (also referred to as the “GI Bill® of Rights”) was aimed at preventing another crisis for returning vets and the country at large. The first drafts of the bill were limited to those meeting specific income criteria. However, it was former American Legion National Commander and Republican National Chairman, Harry W. Colmery, who pushed to extend benefits to all WWII vets, regardless of income or gender.

The GI Bill Was Born From a Painful Lesson in History

The GI Bill was created to prevent a repeat of the financial, economic, and social crisis that resulted from returning WWI veterans with no money and no job prospects and a country hurtling toward a recession and bogged down with issues concerning race, immigration, and organized labor.

The federal government gave WWI vets returning home just $60 and little more. By 1919, just a year after the end of the war, an estimated 40 percent of all vets remained unemployed. Efforts by the government, including the Smith-Hughes Act that provided vocational training to vets in the industrial trades, agriculture, and home economics, didn’t live up to their promises.

The creation of the American Legion in 1919 and the U.S. Veterans Bureau (today known as the U.S. Department of Veterans Affairs) finally gave veterans, including minority veterans, the voice they so desperately needed. They also served as the foundation off which to build programs and initiatives to help current and future American war veterans assimilate back into civilian life.

Many of the finer points in this legislation —including the money for education— were fought and won by the American Legion.

By 1947, it was estimated that veterans made up nearly half of the enrollment in our nation’s colleges. But colleges and universities weren’t the only ones to boast massive increases in enrollment during this time. New technical and vocational programs took shape and produced an entire population of highly trained electricians, plumbers, welders, carpenters, miners, and more.

The GI Bill® didn’t just help America’s WWII vets during this time – the entire country benefited from this legislation. It kickstarted a major economic expansion, and the middle class swelled. Suburbia was essentially born during this time, too, with veterans eligible to receive the low-interest home loans that made them homeowners.

By 1955, 4.3 million home loans had been granted to WWII veterans, resulting in an explosion in home construction and effectively preventing a major housing shortage due to the Baby Boom.

The original GI Bill® provided for tuition benefits of up to $500, along with a cost of living stipend. It also provided a $20 weekly unemployment benefit for up to a year for returning vets looking for work (nearly nine million vets received nearly $4 billion in unemployment compensation in the next six years).

Other features of the GI Bill® included guaranteed farm and business loans and medical care (and the establishment of many veterans’ hospitals) for veterans. Thanks to the GI Bill®, the Veterans Administration (VA) was elevated to a war essential agency.

The results of the bill were extraordinary. By 1956 (the year the bill expired), nearly 10 million veterans had taken advantage of GI Bill® benefits. The GI Bill® was extended several times throughout the following decades. During the Korean War era, about 2.3 million veterans participated in the program, while an astounding 8 million participated during the Vietnam War era. 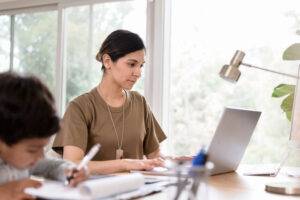 In 1984, Mississippi Governor Gillespie V. “Sonny” Montgomery proposed legislation that would make the GI Bill® a permanent law focused on providing educational assistance for military veterans. It took seven years for the “Montgomery” GI Bill®, named after Governor Montgomery, to become a reality, but today it serves as a major incentive for the nation’s all-volunteer force.

The Montgomery GI Bill® includes up to 36 months of educational benefits to veterans and service members who have served at least two years of active duty and those in the Selected Reserve. Benefits are delivered as fixed monthly payments that vary according to student status (full-time, part-time) and are paid directly to the veteran or service member.

Within 50 years of the passage of the first GI Bill®, the number of Americans with advanced degrees rose by about 20 percent.

A New Program Emerges for The Latest Wave of War Veteran Students: The Post-9/11 GI Bill®

Recipients of the Post-9/11 GI Bill® may also qualify for additional funds through the Yellow Ribbon Program, which was created to cover the difference in cost between GI Bill® benefits and the cost of attending a foreign, private, or out-of-state public college or university.